CHANGE THE WORLD WITH POSITIVE THINKING! 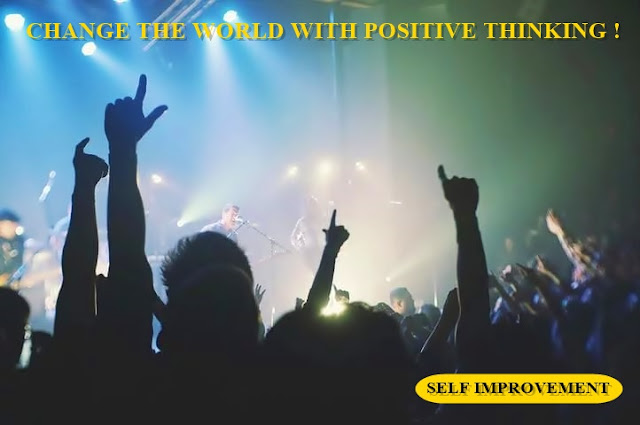 CHANGE THE WORLD WITH POSITIVE THINKING!

When it is fun to face difficulties, then the thrill of reaching the destination increases even more. Letting your dreams take wings makes every road easier.

Having a positive attitude keeps enthusiasm in the mind and keeps hope for the future. Whereas pessimistic thinking destroys all the abilities of a person. It destroys the mental powers of the person and entraps him in such a maze that the person not only gets away from his goal by getting trapped in that “chakravyuha” but also ruins the priceless life.

The nature of man is to think, what he thinks, so does his personality. Thought power is such a weapon on which the world can be conquered. There is hardly any person in the world who does not like success, whether the field of success is political, social or educational. Everyone is eager to be called successful.

It is often seen that no person ever gets instant success. One gets success only after a long process. Along with this, patience, understanding with hard work and long practice is very necessary. Efforts with these three qualities can be done by those who have a positive thinking.

Changing thinking may seem difficult but it is not impossible. The only condition is that we ourselves should take the initiative for change and for this change we should also agree from within. For this we can keep some things in mind like

Never disbelieve in your abilities because it has often been seen that despite having the ability at times, most people are afraid to start any new work. They feel that they are incapable of doing this work, whereas because of self-confidence any person can accomplish any task.

What a person thinks has an effect on his work as well. If you are anticipating failure even before starting a work, then there is a 90% chance of the job going bad. On the other hand, if you take any work in your hands with your enthusiasm and enthusiasm, then definitely a good result comes out.

# Stay away from negative thoughts

Often during the conversation we keep expressing negative thoughts, as if this work is very difficult or this work is impossible. Actually such things only exposes your shortcomings. Therefore, give importance to only positive things in your conversation.

Some people have a habit that they do not praise anyone and cannot hear anyone’s praise. If you have such a habit, try to change it immediately. It’s true that if you praise a person for his actions, he can never think you’re wrong.

And the last thing is that if you think well, it will be good.

By LIFE WITH SATYA

SOME IMPORTANT THINGS AFFECT YOUR LIFE.

YOU CAN CHANGE YOUR OWN LUCK.

IT IS THE FIRST DAY OF OFFICE, SO KEEP THESE THINGS IN MIND.