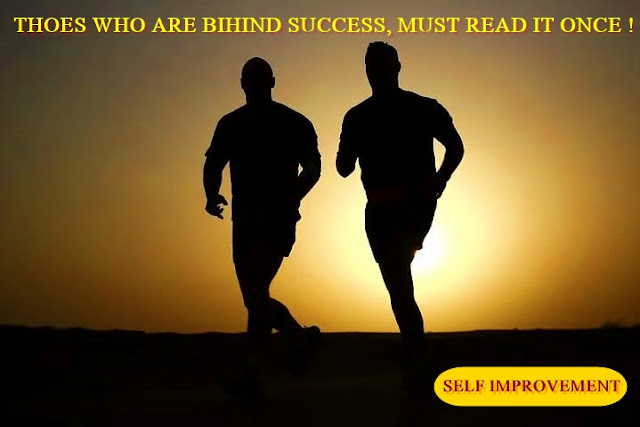 THOES WHO ARE BIHIND SUCCESS, MUST READ IT ONCE!

“Every effort teaches us something new, every failure gives a new path, which brings it together, and one day it reaches the pinnacle of success.”

Your decisions decide your path to victory. Your right or wrong decisions decide where your life will go. If you take your ‘decisions’ on the basis of your ‘capability’, ‘ability’ and ‘resources’, they are never wrong. All you need to do is stick to your ‘decision’. No matter how bad the situation, if your spirits are high and you have the courage to stick to your decision, then no one can stop you from being successful.

Friends, success is not a matter of chance. Anyone can get this only after a lot of preparation and dedication. Achieving success requires self-discipline along with hard work, dedication and great planning.

Only on the strength of systematic preparation can you reach the destination of success. So plan, then work accordingly. Along with this, learn to fight against adversity. It is not necessary that there should always be positive situations on the way to the destination.

So one who fights against adversity. That’s what makes the winner. You must have often seen that some people perform well even in adverse situations because then they work very cautiously. On the contrary some people are heartbroken.

When the situation is not right, then only the ability of a man is recognized. In such a situation, a person has to work under extreme pressure, even if the situation is not right, the person who has the power to perform better, ultimately wins. So learn to win not to lose. While starting any work, keep this thought in mind that whatever is there at any cost, but not by doing anything wrong. There are often such moments in life when despite working hard, failure comes.

In this adversity, one should not give up, but try to find out the reasons for failure. We should learn something new from every failure we get in life and especially keep in mind that in future in any area of ​​life such mistake should not happen again.

Life is a struggle and where there is struggle, there is a period of success and failure, but in reality the successful is considered to be the one who accepts his failures in this struggle of life but do not get discouraged by it.

Every area of ​​life should be considered as its school. During the study, the students do not get discouraged by their failure and try again, that area should struggle continuously while celebrating their study-school. This opens new doors of success in life.

If we take a thoughtful decision before starting any work, then later we will not have to repent for the negative consequences of that work and a well taken decision will definitely be effective for the future.